The 4th meeting (3rd working meeting) of MechMate project took place on 17.05.2018 in Tallinn, Estonia. It was kindly hosted by project partner Technical University of Tallinn. A total of 10 participants from Estonia, Poland, Greece and Bulgaria took part in the meeting. All partner organizations were represented at the meeting.

Main topics of discussion were:

The meeting was very fruitful for the project and enriching for the participants. Partners also agreed on the next steps of the project mainly with regard to dissemination activities as well as other project management issues. 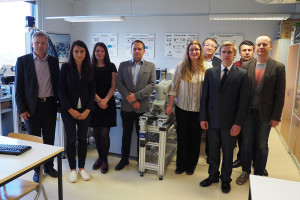 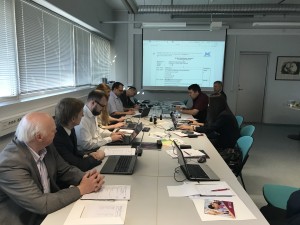 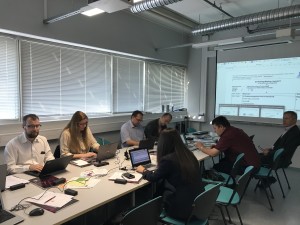 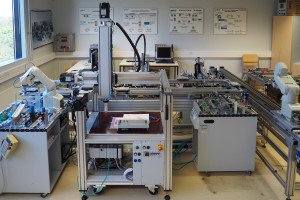 The 2nd Working Meeting of MechMate project took place at TUC/MUSIC’s premises in Chania, Greece, on 5th October 2017.
Members of the consortium were welcomed by Prof. Stavros Christodoulakis (TUC/MUSIC). Then, the project manager, Michał Smater, presented the current status of realization of MechMate project. Intellectual Outputs leaders presented the current results of the outputs and next steps were discussed. Jacek Zielinski (PIAP) presented the report from the realization of O1. Prof. Stefan Ivanov (TUGAB) presented the current version of the curriculum (O2), which was discussed during the meeting. TUT (Prof. Elmo Petai) presented a draft version of the MechMate methodology (O3), discussed by all partners, which, along with the curriculum, will be the basis for training materials preparation and course structure modelling. Afterwards, Dr. Polyxeni Arapi (TUC) presented the features of the MechMate e-learning platform (Coursevo) developed by TUC/MUSIC lab and the current state of implementation of MechMate course (O4) and all partners took part in a workshop, where partners who are responsible for the material preparation worked on the Coursevo platform training configuration and uploading of course contents (different kinds of course materials and evaluation). ECQ presented the current version of QMP and the status of dissemination materials and accomplished activities. The meeting closed with a general discussion and agreement on a list of actions.

In the evening, the participants explored the beautiful old Chania city and enjoyed its friendly atmosphere and its gastronomical traditions. 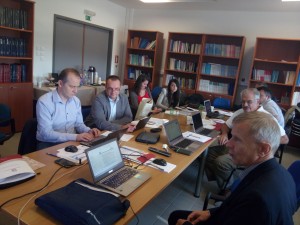 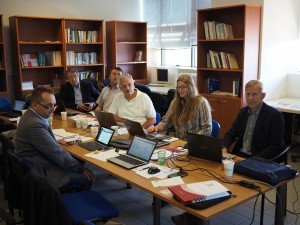 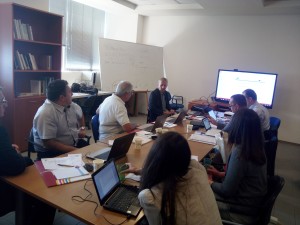 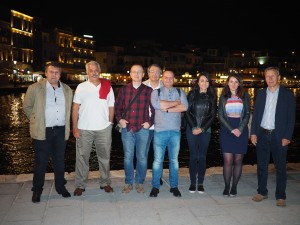 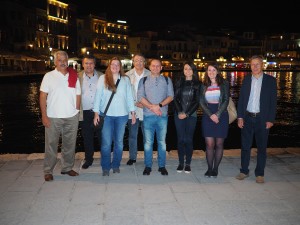 The e-learning platform of MechMate project (Coursevo), developed by the Laboratory of Distributed Multimedia Information Systems and Applications of the Technical University of Crete (TUC/MUSIC) was presented by TUC/MUSIC at IEEE Global Engineering Education Conference (EDUCON2017), 25-28 April 2017, Athens, Greece, as a full paper published in the conference proceedings:

EDUCON is the flagship conference of the IEEE Education Society.

The 1st Working Meeting of MechMate project took place in Sofia, Bulgaria, on 10th May 2017.

The MechMate project has started!

The Kick-off meeting took place at PIAP’s premises in Warsaw, Poland, on 29th November 2016. This meeting brought together the project partners face to face for the first time. Members of the consortium have been welcomed by the Project manager, Michał Smater, who opened the working sessions presenting a brief outline of the project. Each partner organisation took the opportunity to present their work and experience to the group so that at the end of the first day, the former strangers had an idea of who the others were. Intellectual Outputs leaders provided details on their work plans and all partners set the upcoming deadlines and tasks. The working sessions were lively debated.

The meeting was not all about work. In the evening, work strategies and requirements were left apart. Participants explored the center of the city and enjoyed its friendly atmosphere and its gastronomical traditions.

The high level of interaction among the participants in the sessions, during the breaks and the evening event has shown that we have already formed a good team, part of which is on the photos presented below. It was a very fruitful get-together and the pre-experiences of the project partners in similar projects will help to crown the MechMate project with success. 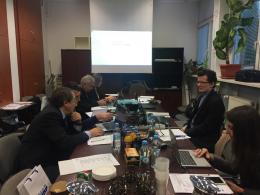 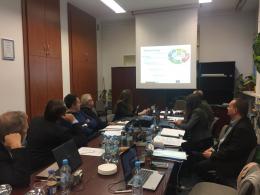 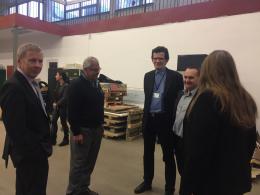 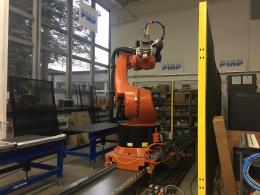